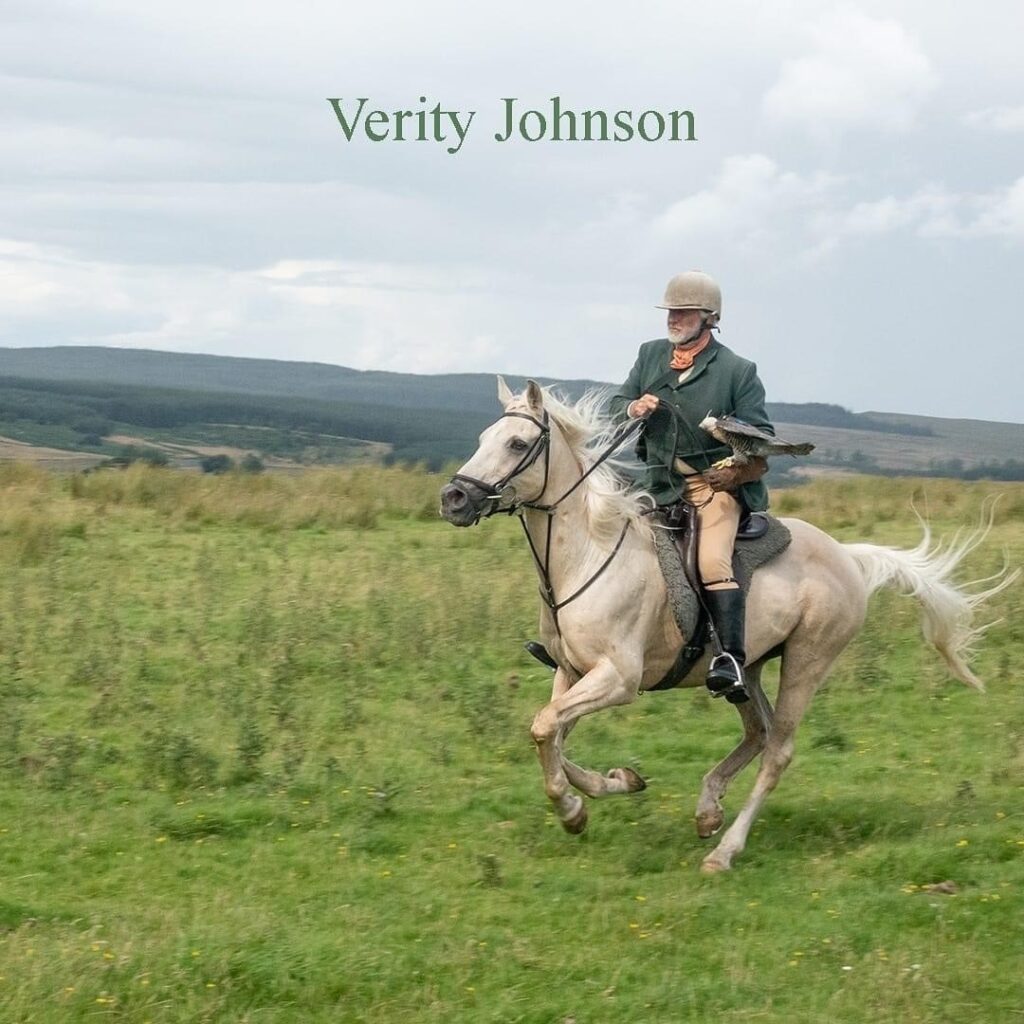 Nick Fox is a raptor biologist with research on New Zealand Falcons, Australasian Harriers, Northern Goshawks, Mauritius Kestrels, Red Kites, Sakers and Peregrines.
As IWC Director he is involved with all aspects of IWC including research, breeding, conservation, heritage, event management and education. IWC under his guidance has managed consultancies for the Environment Agency, Abu Dhabi since 1989. He is the founder of the Middle East Falcon Research Group.

As a farmer he is interested in rural issues including farmland restoration, re-introductions, animal welfare, access, fieldsports and low impact leisure activities. A falconer all his life, he has run the Northumberland Crow Falcons since 1991. This is the oldest mounted falconry group in UK.
He is an Honorary Member of the Raptor Association of New Zealand, the Welsh Hawking Club, the Irish Hawking Club, the Dartmoor Falcons, the Austrian Falconers Club, a Vice-President of the British Falconers’ Club, Vice Chairman of the UK Hawk Board, and Chairman of the Falconry Heritage Trust.
He has been Scientific Advisor to the UK All Party Parliamentary Middle Way Group on Hunting with Dogs for several years. His books include the best-selling Understanding the Bird of Prey, A Global Strategy for the Conservation of Falcons and Houbara, Classical Falconry- a Treatise on Crow Hawking and he produced the book Falconry – Celebrating a Living Heritage and a film for the UNESCO submission.

He has contributed to many films and documentaries, produced 17 films on birds of prey and one on animal welfare. He was the primary writer of the Falconry submission to UNESCO, resulting in the Inscription of Falconry on the Representative List of the Intangible Cultural Heritage of Mankind in 2010 on behalf of 11 countries.
He was the Director of the three big International Festivals of Falconry, in 2007, 2009 and 2011, the last one, in Abu Dhabi, attracting 75 nations. He was awarded an OBE for Services to Falconry and to the Conservation of Raptors.

An accomplished and pragmatic professional currently serving in a conservation focused business, with ten years’ work experience of conservation and logistics in Sub-Saharan Africa and the UK. 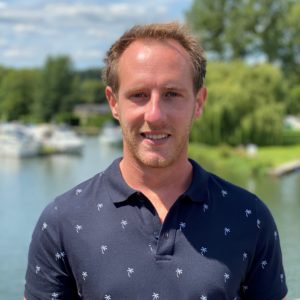 Charlie is responsible for the management of the Falcon Racing and Training Facility at Vowley. For more information on Vowley visit: www.vowley.com 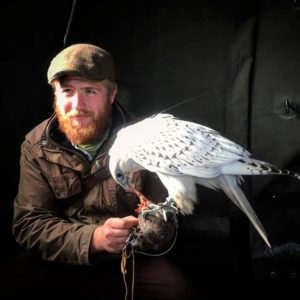 Tom has been flying Birds of Prey since the age of 14. Starting out at a small falconry centre in Yorkshire, he has progressed on to breeding and training some of the highest quality falcons in the world. Tom has bred and trained a large number of pure Gyr Falcons as well as a number of hybrids.

Whilst supervising our Aviculture team, Tom organises the day-to-day running of the Falcon Breeding Facility. He is involved with a large number of natural pairs and imprints, the managing of the incubation room and overseeing the raising of the young falcons. 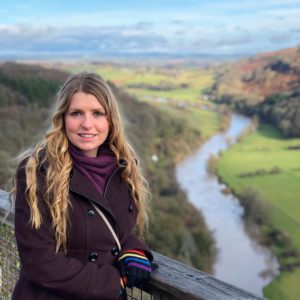 Karen is responsible for managing all events at Vowley, and developing and executing IWC’s overall marketing strategies.
For more information on Vowley visit: www.vowley.com 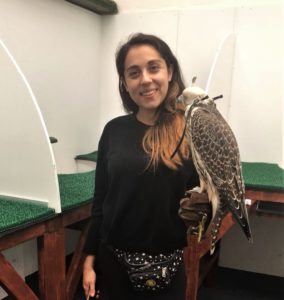 Sofia is a member of our breeding team, responsible for a number of natural pairs and imprint Falcons including Gyrs, Sakers, Peregrines and Hybrids.

Working alongside Tom with incubation and Linda with the brooder room, Sofia is also responsible for our New Zealand Falcon colony.
Sofia is undertaking a number of research projects including; food ledge dominance within hack pens, data analysis of embryo death, and implementing the monitoring of the captive Bavarian Beaver population. In her free time, Sofia likes to sing in a choir, dance salsa and practice bouldering. 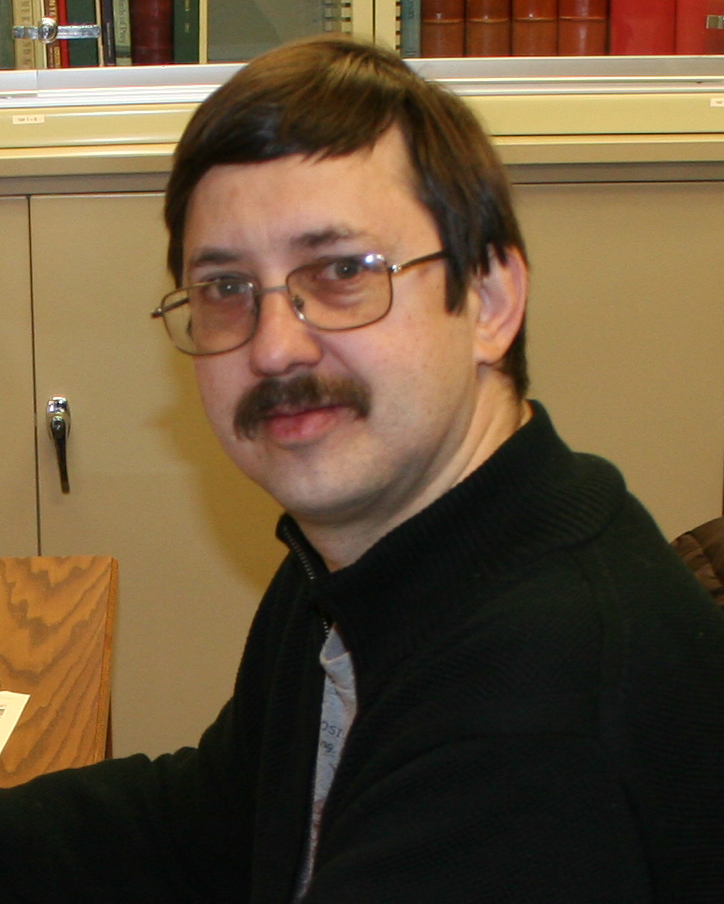 Consultant of IWC and an Archivist of Falconry Heritage Trust
BSc (Tallinn, University, Estonia 1979-84)
CEd (Tallinn 1968-1978)
Previous posts include:
Free-lance consultant, translator, reviewer and bibliographer on the birds of Northern Eurasia.
Aviational ornithologist at Estonian Department of Civil Aviation (1982-1991) and teacher of ornithology at Estonian Central Station of Young Naturalists.

Jevgeni Shergalin is a raptor biologist with research on raptors of Northern Eurasia. Cooperation with Dr.Nick Fox began at the middle of the 1990’s with compilation of bibliographies on large falcons from the territory of the Soviet Union. Archivist of Falconry Heritage Trust (www.falconryheritage.com) since spring 2005. He is the member of the Middle East Falcon Research Group and active member of Asian Raptor Research and Conservation Network. During the 1980’s Jevgeni was a regular broadcaster and journalist on wildlife conservation problems in Estonian press. During 1991-2005 consultant and translator of ornithological information from the ex-USSR, which was involved in about 30 books on birds, published in West Europe and North America. Since 1999 co-moderator of RaptorBiology mailing list and since 2003 the founder and moderator of mailing list “Birds in Russia and adjacent countries”. Author of more than 100 articles on birds. Responsible for search of images for the book “Falconry: Celebrating a living Heritage” (Motivate Publishing, Abu Dhabi, 2009). Member of Organizing Committee of three International Festivals of Falconry (2007, 2009, 2011). He is a member of Central Council of Russian Bird Conservation Union and member of Central Council of Menzbier Ornithological Society (Northern Eurasia). Member of IAF Advisory Committee and information advisor of IAF since 2003.