Taxonomy and nomenclature refers to the way biologists classify and name living things (these biological units are called taxa). This process is not static and the way taxa are treated has frequently changed over the years. In ornithology, the division of previously named species into distinct (and sometimes not so distinct) races was a major taxonomic preoccupation in the late 19th Century and early 20th Century. This process resulted in a plethora of subspecies for many species, including the Saker Falcon. Over the years these distinctions have been assessed and re-evaluated, and up to the present day there are dissenting views regarding the classification and naming of many bird taxa. The Saker Falcon is no exception.

Taxonomic history of the Saker Falcon

The Saker Falcon was first described by the British zoologist John Edward Gray in Hardwicke’s Illustrations of Indian Zoology published in 1833-34. The description was based on an overwintering young falcon found in India and was given the name Falco cherrug.

Other descriptions followed (Box 2), some originally describing distinct species that were later replaced by Gray’s earlier description (based on the principal of precedence in scientific nomenclature) or else relegated to the rank of subspecies. 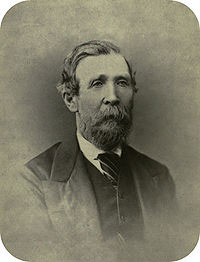 The early 20th century was a period when the describing and naming of subspecies of birds proliferated, sometimes to an excessive degree based on a small sample of specimens and little knowledge of their geographical range. There was an urgent need to collate and appraise this confused position and in the Palearctic region Ernst Hartert undertook a major review which was published as Die Vögel der paläarktishen Fauna (1903-22). Hartert took the view that the Saker Falcon should be divided into two subspecies cherrug (synonym cyanopus) and milvipes (synonyms hendersoni, saceroides and coatsi). Nevertheless, new subspecies were subsequently described and others revised the systematics, such as Kleinschmidt (who coined the term Hierofalcon and lumped Saker Falcon, Altai Falcon and Gyrfalcon together as a single super-species) and Stegmann (who treated them as separate species).

The Russian revolution of 1917 and the subsequent division between ‘eastern’ and ‘western’ ornithologists has had a long lasting impact on the taxonomy and nomenclature of the Saker Falcon. In Russia Georgiy P. Dementiev reviewed the taxonomic position of the Saker Falcon and in the major work Birds of the Soviet Union (1951), six subspecies were recognised, whilst Hierofalco altaicus was considered to be a subspecies of the Gyrfalcon:

In the west, the American taxonomist Charles Vaurie undertook the mammoth task of reviewing the taxonomy of Palearctic birds, subsequently published in two volumes The Birds of the Palearctic Fauna: a Systematic Reference (1959). In his review of the Falconidae he felt that Dementiev’s subdivision of the Saker falcon into six subspecies was unnecessary because the geographical variation previously described was clearly clinal in nature. However, despite having considered Dementiev’s position regarding altaicus, Vaurie nonetheless retained it as a separate species:

By the latter half of the 20th Century taxonomy and nomenclature had fallen out of vogue in ornithology and little detailed taxonomic work was undertaken for decades. The prevailing taxonomy of Vaurie became widely adopted by western ornithologists (though Altai Falcon was often subsumed within the Saker Falcon or Gyrfalcon either as a morph or subspecies by subsequent authors). The taxonomy of Dementiev was adopted by eastern ornithologists though Dementiev, working with the Mongolian Prof. Shagdasuren, later reappraised his assessment of the Atai Gyrfalcon and reassigned this taxon as a subspecies of the Saker Falcon Falco cherrug altaicus (1964).

The late 20th Century and early 21st Century witnessed the collapse of the Soviet Union and the development of molecular techniques that have breathed new life into taxonomic studies. However, there is still no consensus on the systematics and taxonomy of the large falcons. Stepanyan (2003), in his summary of the ornithological fauna of the former USSR, recognised four subspecies of the Saker Falcon (cherrug, milvipes, coatsi and hendersoni) but made no mention of altaicus, whilst Koblik et al., (2006), in their checklist of Russian birds, only recognised two subspecies (cherrug and milvipes) and regarded altaicus as being either a full species or a subspecies of Gyrfalcon. In the Handbook of the Birds of the World (1994) two subspecies of Saker Falcon (cherrug and milvipes) are recognised, as they are in Fergusson-Lees and Christie (2001), Raptors of the World, though the latter treat altaicus as a separate species, albeit cautiously.

With respect to the Altai Falcon, David Ellis (1995) undertook a review of its taxonomic status based on a morphological examination of museum skins. This research revealed a number of discrepancies in the identification and labelling of museum specimens attributed to Altai Falcons but did not elaborate on its taxonomic status. He suggested that the taxa regarded as the Altai Falcon was possibly the result of hybridisation between Gyrfalcons and Saker Falcons, which had been subsequently swamped by backcrosses with the Saker Falcon. However, the evidence to support this supposition was lacking and he acknowledged that the true taxonomic position would require the application of molecular techniques.

A wider morphological review of the Saker Falcon and allied species was undertaken by Christopher Eastham et al (2002). The conclusion of this review was that there was a significant degree of individual variation throughout the global breeding range of the Saker Falcon and that the species showed some clinal variation from the larger, dorsally barred milvipes form in the east to the smaller, dorsally plain brown cherrug form in the west. Eastham also put forward the supposition that the taxa known as altaicus may have been the result of historical, or even continuing, hybridisation between Saker Falcons and Gyrfalcons. 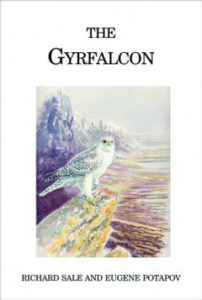 Captive hybrids of North American dark morph Gyrfalcons and milvipes Saker Falcons results in offspring that bear a close resemblance to the taxa recognised as altaicus. Nevertheless, the proposition that the large and dark falcons of the Altai Mountains and neighbouring massifs in Kazakhstan and Mongolia are be the result of hybridisation between Gyrfalcons and Saker Falcons is not supported by any direct evidence. In fact, the form is not restricted to this mountainous region, Dementiev and Shagdasuren (1964) noted that large, dark individuals can be found throughout Mongolia, and they have recently been recorded breeding in the steppes of central Mongolia. The simplest explanation is that the Saker Falcon exhibits a wide range of plumage and size variation and that the large dark “Altai” form is merely a morph, which is not restricted to one particular geographic region and thus cannot be regarded as a subspecies.

Recently, molecular techniques have been applied to elucidate the phylogeny of the Hierofalcons by Franziska Nittinger and colleagues working at the Museum of Natural History in Vienna and the University of Heidelberg. However, the mitochondrial and nuclear DNA markers used in this study did not reveal any clear differentiation between the established species of Saker Falcon F. cherrug, Gyrfalcon F. rusticolus, Lagger Falcon F. juggar and Lanner Falcon F. biarmicus. Clearly, these taxa are closely related and it was concluded that the observed genetic similarities among these taxa was the result of incomplete lineage sorting from a common ancestor and/or hybridisation events (either historical or current).

Further genetic analysis is required to differentiate these recognised species, such as that described by Dawnay et al (2008) to distinguish Gyrfalcons and Saker Falcons. To date, no genetic sub-structuring has been identified across the global breeding population of the Saker Falcon, and the frequency of mitochondrial DNA haplotypes did not show any obvious correspondence with the west-east cline of the Saker Falcon subspecies divisions of cherrug and milvipes.

Molecular evidence indicates that the Saker Falcon is very closely related to the Gyrfalcon, Lanner Falcon and Lagger Falcon and that these species probably diverged from a common ancestor 130 to 200 thousand years ago. Current morphological and genetic data shows that the Saker Falcon is polymorphic but that the species is essentially monotypic with clinal variation exhibited from west to east; these forms can be conveniently termed cherrug and milvipes.